The sound of rustling leaves 🍃, singing birds, and a waterfall to the east. Take a deep breath. It’s easy to forget all the best things in life are free. Kinda like this patch, which has 164 card changes!

The Sky now reflects the status of the game! At night, it's your opponent's turn. During the day, it's your time to shine. Sun's out, guns out!

Housekeeping based on winrate data and player feedback. Some AoE is back. Not all changes shown, such as template or name only.

Reverted to draw. These cards lost a lot of their strategic use as conjure.

Nerf to overall Hero damage output, with a wither buff to Fireball.

Text: None ➞ Death: Give a random ally Hex.

Health buff should help when played on curve.

Lifesteal buff to always benefit from the glory.

While recursion is powerful in a singleton world, this one hasn't had an impressive win rate.

Moving back to Heart in an effor to consolidate what prisms are good at, along with a small nerf to damage output.

Lowering this unit's stats in combat, though the glory damages the enemy hero to compensate.

This patch cleans up some language to differentiate attacking (sending a unit into combat) from fighting (striking each other). This comes with a buff to Saul Taunt, which no longer triggers Glory.

Text: None ➞ Sunset: Gets Moonbeam.

Changing the effect to force playing this square unit on curve.

Fate adds more value as a base case, but nerfs spell recursion. Like on say Undragon.

Square stats to lower the armored health, with Lead for protection.

Stat swap. The winrate has been strong, and this should make the value easier to clear.

I always expect this card to perform better than it does, so here's a spooky "free" card draw buff.

A buff to add flex to a weird card.

While I liked the ability to find wither and lifesteal cards, other cards have picked up that slack. I like Eclipse as a conduit between Light and Dark within Heart, along with the tech of Lead to protect the value.

Buff to a card with potential.

Buff to a removal spell that has lagged behind.

Quality of life buff to an old friend.

Bumping down the curve to speed it up, and reduce the overall value.

Nerf to armored health on a consistent performer.

Nerfing the snowball potential on an armored unit.

Another recursion "buff" that makes it harder to recur spells.

Bringing this way down the curve, which should help position the turn of protection aggressively.

Small buff. Seems strong, but hasn't been strong yet.

The ever-rumbling stats of the Archeloth tumble down the curve.

Consolitating a draw combo piece into Wisdom. Changed the wording to be clearer, though this does nerf Hoplite interaction.

Now the caster gets an attachment too, I didn't want them to feel left out. I like that this just protects your hero from a Fireball next turn.

Trimming some health off a unit that has done fine.

Down the curve to better slot into the play pattern, with softer scaling on an armored unit.

Nerfing the hero damage output of a consistent Quest card.

Nerfing base damage output, as the spell puts out quite a bit.

Tweaked to be a little harder to pick off.

Tweaked to do one thing and do it well.

Simplified, and I've enjoyed the feeling of impending value from Vapors on the hero.

Tweaked to have a little more flex.

Bumped up the curve to charge more for the healing.

Buffed to be a full taunt.

Buffed with a spicy Brainbug.

Replacing armor with other defensive traits.

Tweaked to leave the enemy hero alone. I'm curious to see how mass Hex performs here, as it has felt manageable in previous testing.

A bump down the curve. This bear can get out of control, I expect it to test a deck's removal.

Nerf to armored health, as this moved to Heart, a prism with a lot of health.

Pulling back on a previous buff.

Reverting an old nerf, I was too fearful.

Moving down the curve, I've enjoyed this effect at a more affordable cost. Now with a synergistic spell.

Buff. Stealing an enemy is spooky, but it seemed slow at 5c when you have to replay the unit.

Bumping down the curve to make it easier to calculate. I always YOLOed this, I'm not big brain enough.

I've been looking for places to add Barrier.

Buffed to have more flex with allies.

Buff to niche board disruption.

Buff to a fan favorite.

Small buff, the lifesteal may counteract some 1c overdraw.

Bumped down the curve.

Nerf to targeting, as you can only steal sleeping enemies, which should give the opponent more room to buff allies safely. Nerf to stealing spells. Buff to tempo.

Nerfed with a stricter deckbuilding requirement to go full Nakamoto. This may not be enough, and I share the sentiment that slowing it down from turn one seems fair. For now, I'm curious to see how creative the community gets.

Changing the role a bit from a traditional spell summoner. I like this type of "cheapest" tutoring, but want to try it with less immediate impact.

I'm curious how this performs as a standalone spell. If somebody steals my Hax I swear.

Buff to a timeless Wisdom card.

Stat nerf, largely based on discovery winrate data. In general, I'm not sure how much hero armor we need, and Mighty Steed seems cooler.

Buff to a sleeper.

Down the curve again.

Usability nerf to a card with a high win rate. It's just as efficient, but forced to be somewhat reactive.

A berf to add some hero shroud to the format.

Nerfed the base stats and simplified the dusting.

Another buff to a targeted removal spell that hasn't met expectations.

A nerf, and spreading some AoE out of Agility.

Big Banner gets a bump up the curve.

Text: None ➞ Glory: Give the enemy hero Blind.

Weaker stats to put more weight on the spell value, with glory upside.

Defensive buff. In a pinch it can square up against an enemy.

Bumped down the curve, with a change to Capsize to hinder looping. Coulter found something with Seaweaver.

This is likely a buff in terms of slowing down the unit, though it no longer disrupts the enemy hero, and is worse at recurring your own units.

Buffed down the curve, should be easier to bundle with the spell.

Nerf to an armored unit.

Swapped some health for stealth.

Buff down the curve to a sleeper.

Big buff down the curve.

Bumped up the curve to have brawlier stats.

While this can be surprisingly manageable, the stats still seemed overtuned.

Tweaked to have a spell.

I put Gift of Swords back. 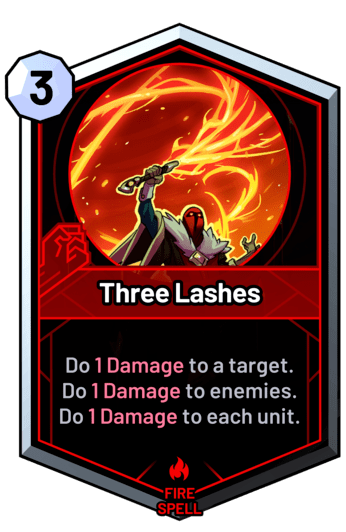